Cuban First Vice President Miguel Diaz-Canel gave the flag to the island’s delegation that will compete from July 10 to 26 at the 17th Toronto 2015 Pan American Games.

Idalys Ortiz, also Olympic champion in judo, read the commitment made by the 461 athletes comprising the delegation to the continental competition. She ratified the decision to be second in the medal table by country and do it with full conviction in victory.

The president of the National Sports Institute (INDER), Antonio Becali, stressed that the island’s athletes should confront the difficult commitment of Toronto, focused and aware of the quality of the preparation carried out.

He recalled that the Cuban sports has resisted «the hardship caused by the purchase and theft of muscles and brains,» and exhorted that the Pan American medals are the best tribute to the 62nd anniversary of the attacks on the Moncada and Carlos Manuel de Cespedes Barracks, actions that began the last stage of the war for the national liberation.

Cuba will compete in 225 of 364 disciplines for the Pan American Games in Toronto, and will seek to be second in the medal table by country, a position the country has since Cali-1971. 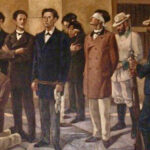 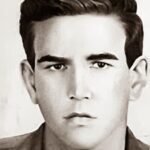